With the new technology that exists, it’s amazing the things you can find and see.  While researching Muncie Illinois I had located an old map from the early 1900s. I’ve been trying to match up the streets and find where the original train station was.   To match up the map, I was able to pull up the aerial maps from Google Maps. The map not only includes the streets, but you can see an aerial picture of the locations.   I can zoom in and out and move around.  I also was able to follow the path of the google car and look around as if I was driving down the street in Muncie.  The car took the route down Main street and turned onto 150.

Following the Google car route, you can have a 360 degree view around the car!

From the areal, I’ve been able to make out the ball field – which I assume must still be in use.  The school which is now being used by the church, and the church with their parking lot.  I have pictures of all my favorite spots from the roadside, but the maps are great for comparing with the historic maps. 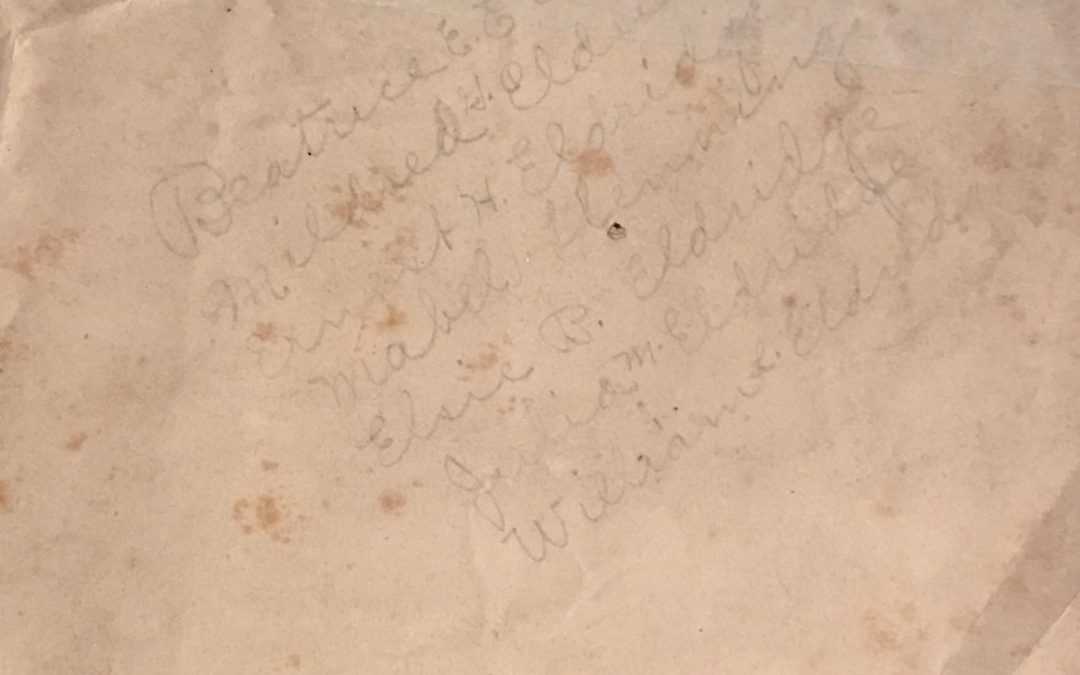 I’m currently working on repairing a family Bible. The Bible itself is pretty amazing. I’ve fixed the spine already and am now working on the pages. The center of the Bible contains the family information and is readable.

Throughout the Bible are pages with beautiful pictures that appear to have had tissue paper pages on the opposing sides. All the images other than one appear to be in good shape. The image needing the most repair includes Moses with the 10 commandments.

The pages have all taken on a yellow tinge from the acid in the paper.  Supposedly paper kept out of the light and air will stay white, but this bible was stored in an attic, then a basement and over time moved to be stored in a bedroom until finally coming to stay with me.  I have the Bible now in an acid free box with small containers to absorb any moisture.  Included in the box is now acid free tissue paper. I’ve been taking the Bible out as needed to work on the pages. I chose a kit from Gaylord Archival that is museum quality. Gaylord has several Book Repair kits, including some new tool kits.  The kit I have includes book binding materials, binding glue, tape for the pages, and several other materials.  – I’ve finished the binding and am now working on the pages.

Filmy tape allows the page to be placed together and the tape to be placed over the tear.  The tape is almost invisible after being put over the repair.    I’ve fixed a few pages, and the tape is working perfectly when the page is whole – but has a rip in the page.   I’m at more of a loss when it comes to the repair of the pages that are missing pieces. Missing pieces along the binding edge are the most complex.  I’m still working on finding the best method to deal with those pages, but first have been working my way though the pages that are least damaged.

Later I will need to look through the pages and find the best way to deal with the yellowing.  The yellow pages are throughout the Bible and if there would be a method of reducing the discoloration it might take some time and effort.  The Bible is definitely worth the effort though and the majority of the sections have minimal damage.