It looks like they actually married the 16th of September….  I had never realized how many dates were involved with a marriage license.  This Abraham Richter is different from Abraham Lincoln Richter born in 1864.

Abraham Richter was born of Rebecca Hannah Gallontine and Jacob Richter in 1830.

Abraham Richter was the brother to Jacob Richter who was my direct ancestor.

(If I remember this corectly) 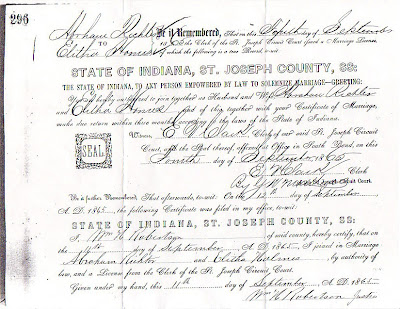