Here is an example of pictures I have that were scanned from copies of originals.   This picture was Uriah, Elmer and Mandy McArdle taken in front of their homestead.  The middle copy shows the whole picture where as the first and last are higher quality but of just part of the photo.  I find it interesting that the picture looks staged, yet they are all standing far apart. Also at the time this photo would have been taken photos were pretty rare.  This had to have been around the turn of the century.  Elmer and Mandy (Amanda) were two of Uriah’s children. – Uriah died in 1912.  Elmer was born in 1870 and Amanda in 1877 so this would have most likely been right before 1900.

Elmer was my Great Grandfather…

Uriah was killed when run over by a wagon saving a little girl – More on that later also. 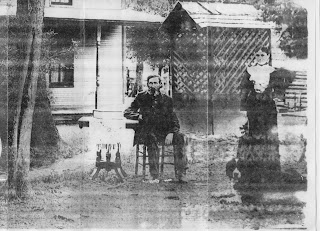 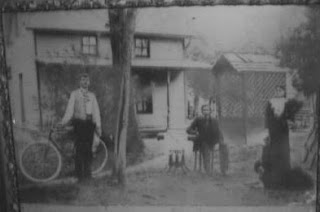 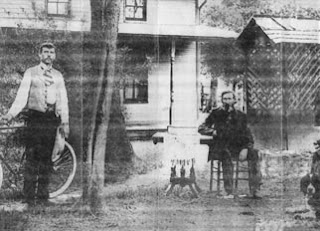