Looking at headstones recently I came across a headstone for Ethel Richter Dodge. I had assumed originally I was looking through my files for Ethel Richter (not my Aunt Ethel but another Ethel Richter), who had married into the Dodge family. We unfortunately lost my Aunt Ethel last year, so asking her wasn’t possible. I did find out she was named for a family friend and distant relative Ethel Oakwood as I was working on searching for the family link.

In the past as I’ve looked through the cemetery – and even looking through my own notes, I’m always surprised at the number of names that are reused. My grandmother Theresa Moretto was even named after her sister that passed away a few years before she was born. Her sister was said to have been named after an aunt that great grandmother didn’t want to forget. Reusing names was a way to honor the family member. My grandmother’s sister had come to the US with my great grandparents when they immigrated from Italy and passed away shortly after arriving in the US.

There is also a grave for a Janie Richter that was a sister to my grandfather. The story goes that she was kicked in the head by a horse and passed away very young. That name was also reused. An unusual name was Cleta. My aunt Cleta Fern Richter passed away at barely a year old from pneumonia, but also in the family as a Cleta Henning – My grandmother’s niece.

I had already thought about naming any daughter after one of my aunts. We ended up with all boys and I left it to my husband to choose the names. For each name we discussed the good and bad qualities for each friend, family, and sometimes others that we knew with the same name. None of the boys did end up named after anyone we knew, but we definitely discussed everyone we knew with each name before settling on a name. I always hope my kids are happy with the name they ended with. 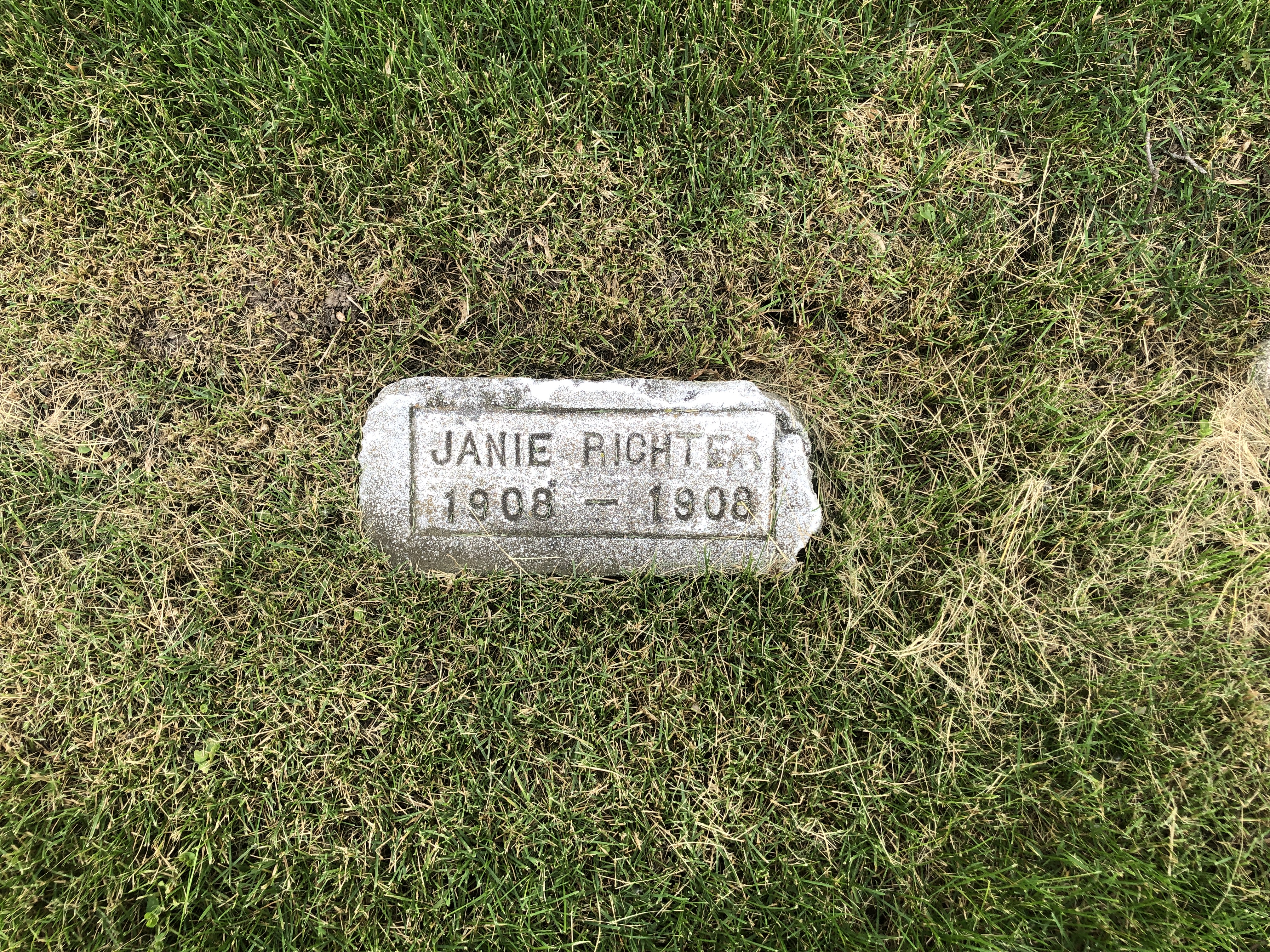 I remember growing up trying to change my name a few times. I even successfully changed it once for a few weeks. I always liked my middle name more than my first name, and in kindergarten had come up with the idea to write a note saying my parents had changed my name to my middle name. – As an important note to remember it was in a kindergarteners handwriting, but I did get my mother to sign it. I should also mention a cousin’s husband was the principal, another cousin’s wife was the 1st grade teaching assistant and the janitor was a cousin too.

All that being said, they took my note and changed everything. My mother didn’t find out what happened until parent teacher conferences. – She did make them change everything back. Of course this was the same teacher that kept confusing my best friend and I (the fact that we randomly kept swapping name tags didn’t help), and had ended up accidently sending me for my friends kindergarten immunizations, while she got to skip ( I had already had mine, so I ended up with twice the dose and she got none)…. I often wondered if that was why that teacher quit the next year?

Names can be important, in researching your family, multiple family members with the same names makes following my family line takes some effort and knowing family stories as much as possible.