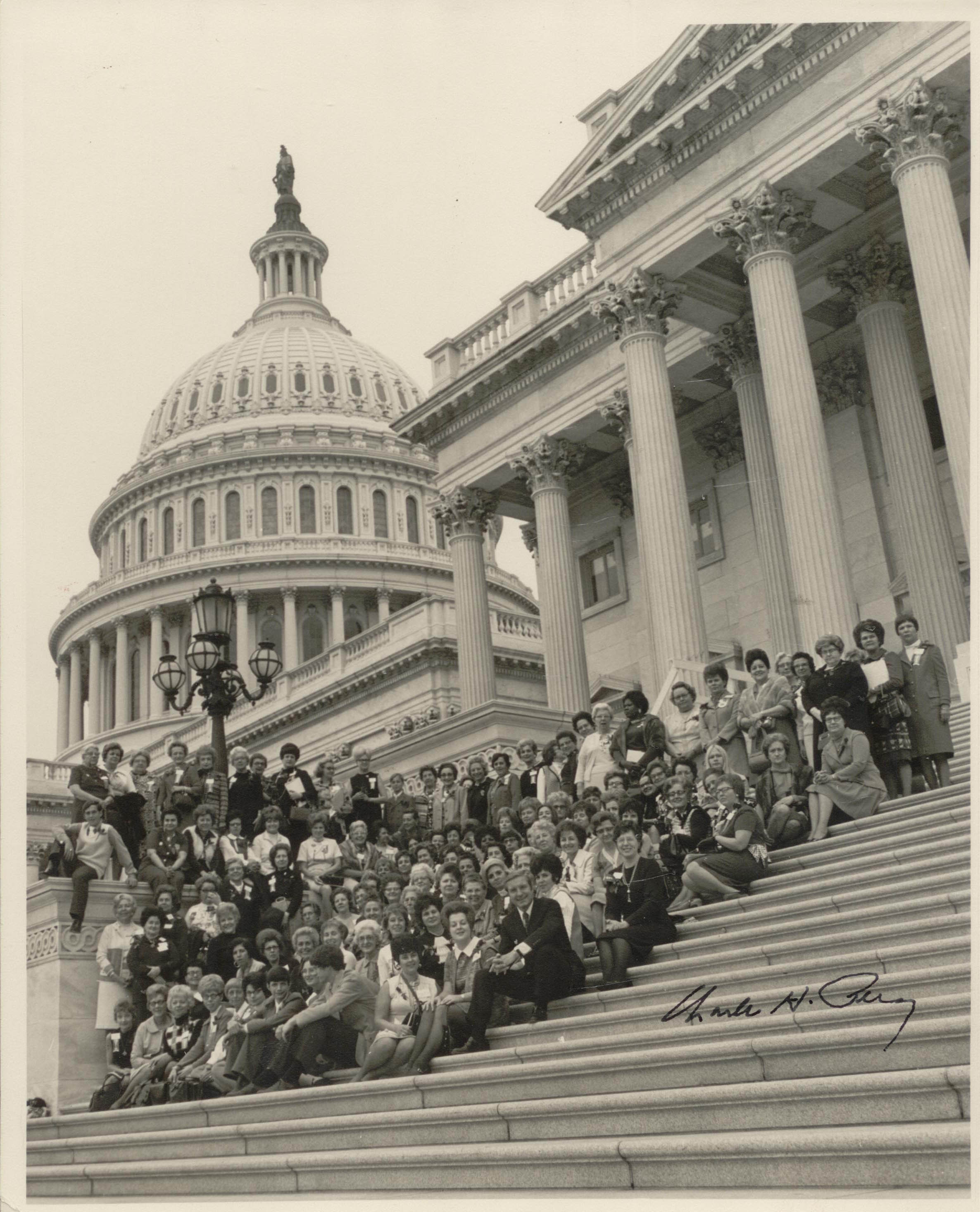 This is a picture of the US Senate Republican Policy Committee. It’s funny that I can quickly pic my Aunt Dorothy out even with a photo so many people.

I found this information about the committee:

In the tradition of past chairmen, the RPC provides a forum for Republican Senators for policy discussions. This is principally carried out through the weekly policy lunch. RPC also hosts Republican Staff Directors and Legislative Directors to discuss the Senate committees and floor agenda.

RPC’s origins go back to 1947 and its founding chairman, Senator Robert A. Taft of Ohio. The Committee was created following a bipartisan proposal by the Joint Committee on the Organization of Congress in 1946. The RPC was originally composed of nine Republican Senators. They provided all Republican senators with a description of meeting discussions and the chair would hold press availability following the meeting. Policy discussions now include all Republican senators.

I suspect this picture is from the late 60s. What I found interesting was that in the pictures in the gallery on their site there are no women, yet this picture shows several women involved (including my aunt). – I’m not trying voicing an opinion on this either way, but did find it interesting. Really it shows the difference in the times. When my aunt was born women didn’t have the right to vote. In the picture I actually only see 4 Men total and 1 African American. I suspect the picture is of the Republican Women’s Group that visited the committee.  – Possibly from Illinois, as Percy was an Illinois Senator and my aunt was involved in the republican party in Illinois.  I remember my aunt running for Circuit Clerk when I was in grade school.  For some reason I think it was the same year our classes got to vote on the state bird.  It’s funny the things you remember!

The picture appears to be signed by Charles Percy, a former senator that took office in 1966. (Wikipidia)