I always wonder when I find information about infants that died and what the circumstances were.  My ancestor Edward Corbly that I have been researching had an interesting case in his history.  My ancestor, his daughter Julia was the only surviving daughter.  In the family bible though is listed a set of twins, interesting and conflicting information is found after that.  With children that died as babies or toddlers, often only family anecdotal information, or gravestones are available.

The bible looked to me as if the twins were born on September 4, 1860 and passing out of this life on September 4, 1862.  I normally would have assumed that they died in childbirth if i wasn’t for the 2 year gap (exactly 2 years for both making it very confusing).  For twins to die on their birthdate, and both on the same day seems highly unusual.  My g-grandmother then was born in 1863.

To add to the confusion, someone that has added the gravestones (no pictures) to FindaGrave, has added Edwin as d. 9/4/1862 and Ella d. 9/4/1892.  This is in Tomlinson Cemetery in Illinois (Champaign County).  There are no other records of Ella, including in the 1870 census, so I’m sure that the death date from her tombstone is a typo, with the family bible verifying this.  This is still a family mystery that is lost to time.

Interestingly enough family lore has it that Julia went on to have a stillborn baby that was then buried in the copse of trees by the road on the old Eldridge homestead – land that went on to belong to my parents.  The story is that the baby was wrapped in a baby blanket and buried shortly after being stillborn.

Later I did do more research and after realizing that Ella and Edwin’s parents got married in 1861 I looked very closely at the birth date. I’m now sure it’s really 1862.  Stillbirth explains the mystery. 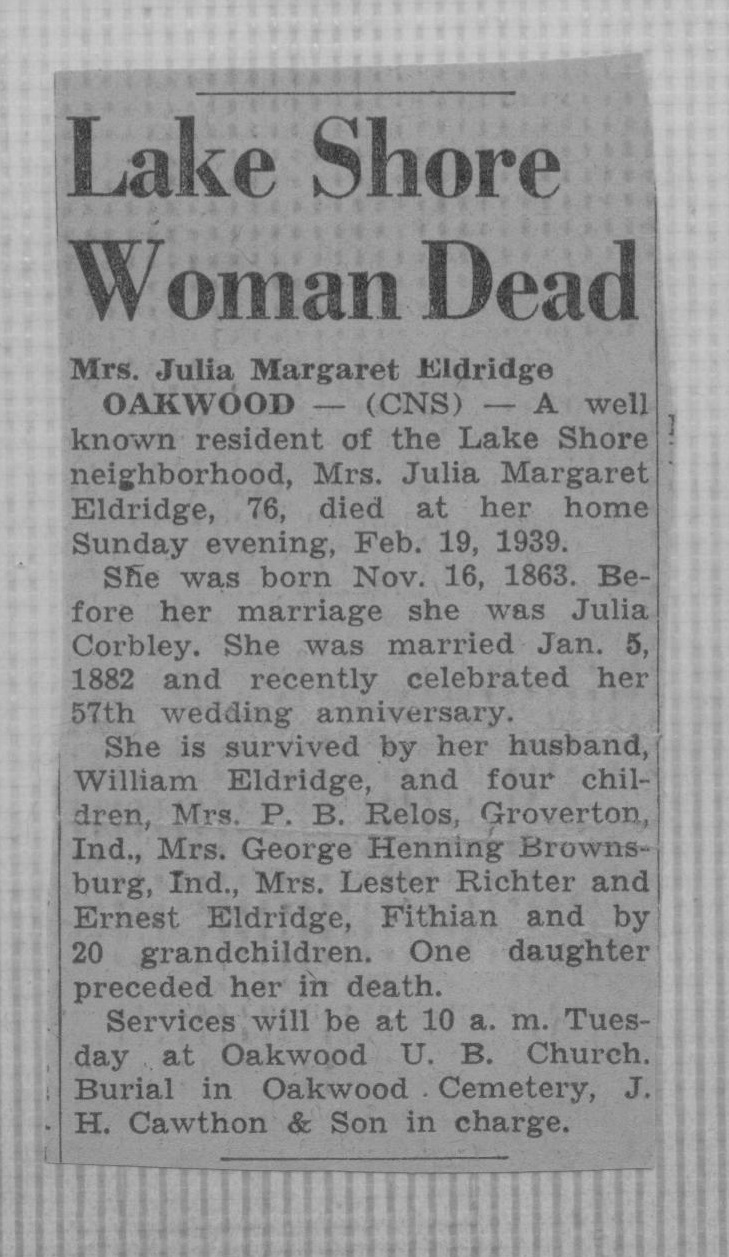 This article I think is for my great grandmother, but it has my grandmother listed as Mrs. Lester Richter. My grandfather was a twin – Lester and Wesley. I have to assume that the author got confused about which twin she was married to? She was born Nov. 16, 1863. Before her marriage she was Julia Corbley. She was married January 5, 1882 and recently celebrated her 57th wedding anniversary.

She is survived by her husband William Eldridge and her four children, Mrs. P. B. Relos, Groverton, Ind., Mrs. George Henning Brownsburg, Ind., Mrs Lester Richter, and Ernest Eldridge, Fithian, and by 20 grandchildren, One daughter preceded her in death. Services will be 10 am Tuesday at Oakwood U. B. Church. Burial in Oakwood Cemetery, J. H. Cawthon and Son in Charge 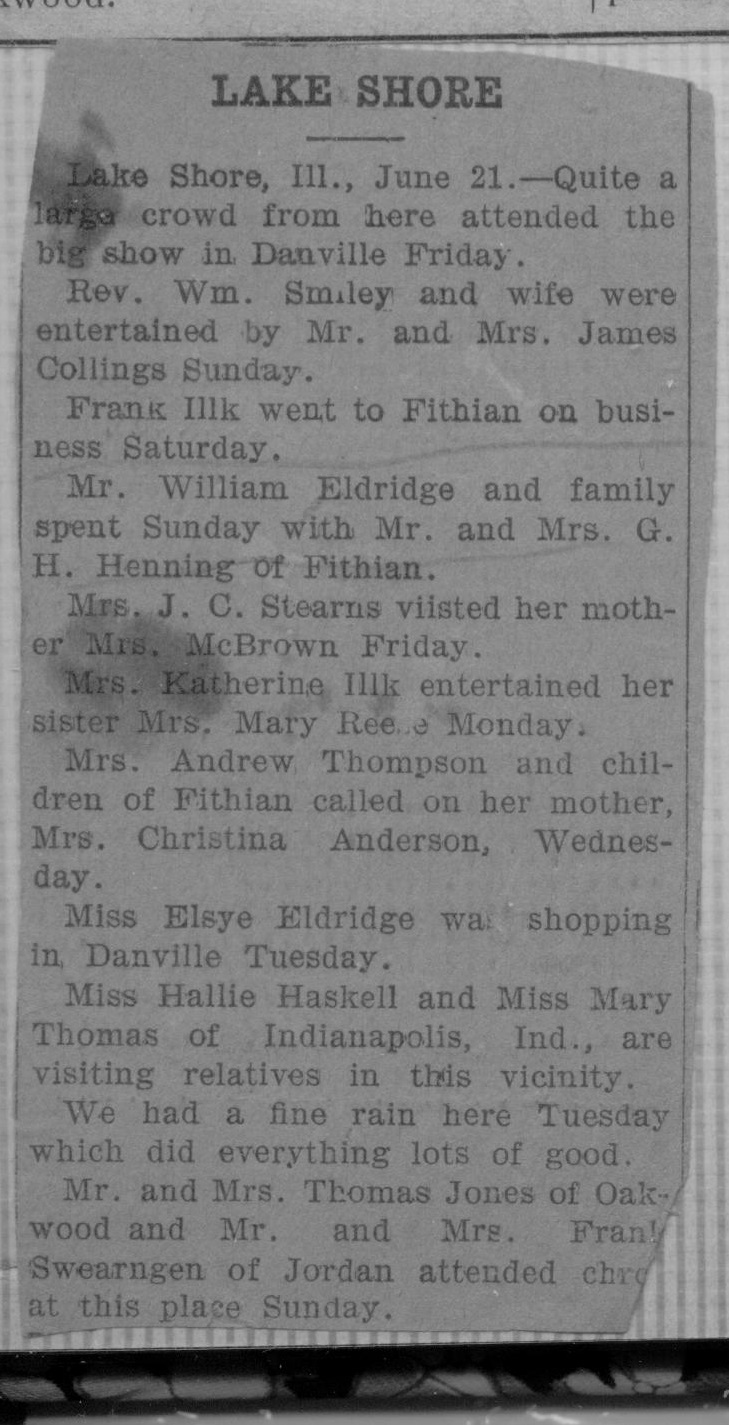