There are a lot of scary things going on right now with schools for sure ! We’ve looked at the small school district that

I’ve been seeing a story about an isolation room in a classroom in Loudin County that was  captured by a special needs students iPad.  It’s not the school we are looking at moving to – not even close, but seeing things like that is pretty scary when you are in a really good school and you are moving to a new school.

Seeing this story always reminds me of a boy  that was in my 5th grade class – in the 70s, really he was in my K- 8 at least…. The teacher  actually took tall bookcases and made a cage for him and put them around his desk at the back of the classroom. I don’t think it went on for several weeks, but I remember it going on for a little while…. The teacher finally made a deal with the student that he could goof off for a short time each day if he behaved the rest as something they both could live with. So I remember the first day of the ‘truce’ being the boy wheeling the teacher’s chair up and down the rows of desks and singing Row Row Row my boat… Thinking back I wonder what the parents would have thought of what was going on in our classroom. I know my mother tried to get that teacher elected when he ran for office years later, ‘to get him out of the classroom’… but I’m fairly certain that had to do with all the other years.

For me I remember that particular teacher as helping with a few things I needed help with.  I was ahead in math in 5th grade and he let me work ahead, which really meant in 6th grade when I had to go back to material I already knew I pretty much gave up on math.  5th grade was the year I learned how to do 8th grade math, binary arithmetic and really enjoyed math.  He was also our science teacher for 6th grade and when he caught my best friend, Iva and I with a dictionary we had made with our own secret language – he gave us time during class to work on it.

So I have to admit I have good and bad memories from growing up in a small town school as the geeky misfit kid. So is it best to move to a small town where every knows each other and there is more chance for the teachers to know everyone.  That same environment also means though that the small cliques that form tend to be more lifetime cliques.   I’ve only seen the larger schools through each of my children’s experiences.  For high school the large school battled us on everything from not allowing our exchange student attend to not allowing a schedule change mistake to be fixed until the second week because they were too busy with the freshmen.  Then there was the year my oldest had class in the cafeteria which also met in the entryway of the high school at one point.  He and two other students got forgotten for a special freshman award their freshman year because they were advanced and placed in with the upper classroom during the time period that the other students were pulled out for the award.  We’ve also had them accidently schedule kids for the classes and their pre-reqs for their same semester, and even better, send truancy notices for not sending letters explaining that we were called to pick them up from school when they got sick and had to sign them out of the high school.

The grade school I attended is no longer open, it was actually two buildings spread over two towns.  Muncie Fithian….  Muncie is now considered unsafe and is used for storage, Fithian is used for a private home.  At Muncie my cousin Olive Richter was the aid to the 1st grade teacher, my cousin Charlie Mitchill was the principal for the first two years, and my cousin Randy was the janitor.  At Fithian, my Aunt Ethel was in the office!  It was great seeing my aunt everyday.  I also would take the bus over to Muncie and participate in things at the church at Muncie Baptist despite not being a congregation member myself and being Catholic, they always let me participate (bible school and choir)…  I would practice after school with the choir and then my cousin Olive would drive me home.  I remember getting the chance to walk from Muncie school to the church with Iva and enjoying the freedom of wandering the town – and with Muncie that is pretty much the entire town.

Moving to Oakwood, we will be going to the new school, but right around the corner is the ‘new’ ice cream shop and a library.  I can already picture school pick up next year involving a chance to stop at the library and then get ice cream on the way home before fixing dinner.  The ice cream shop has pizza too!  I forsee a lot of pizza dinner nights in our future. 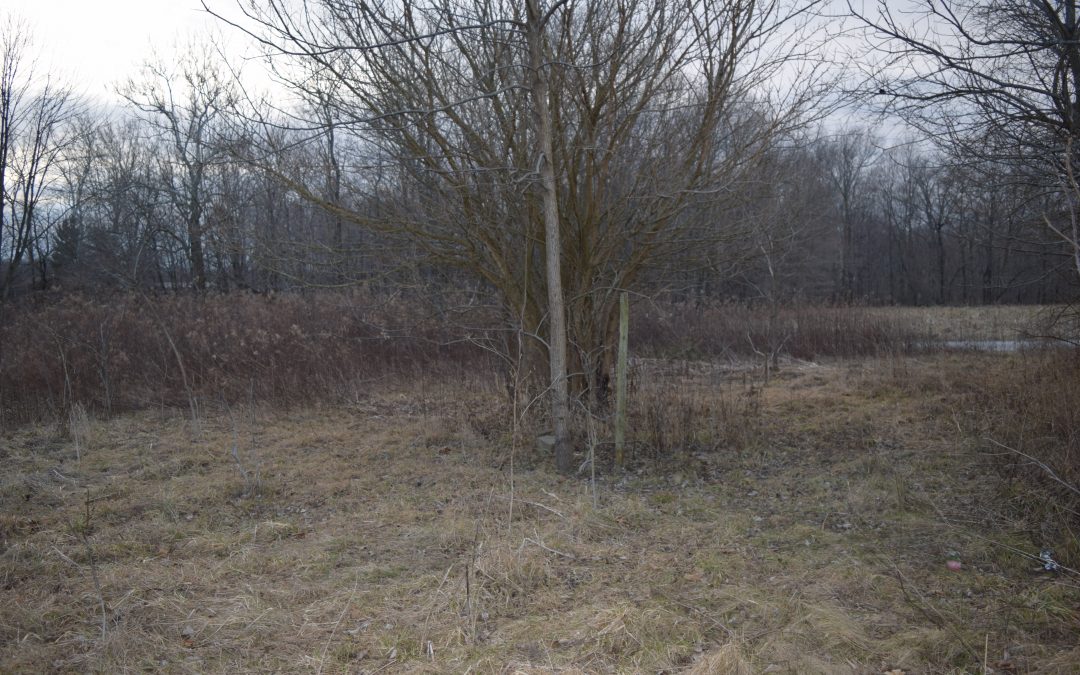