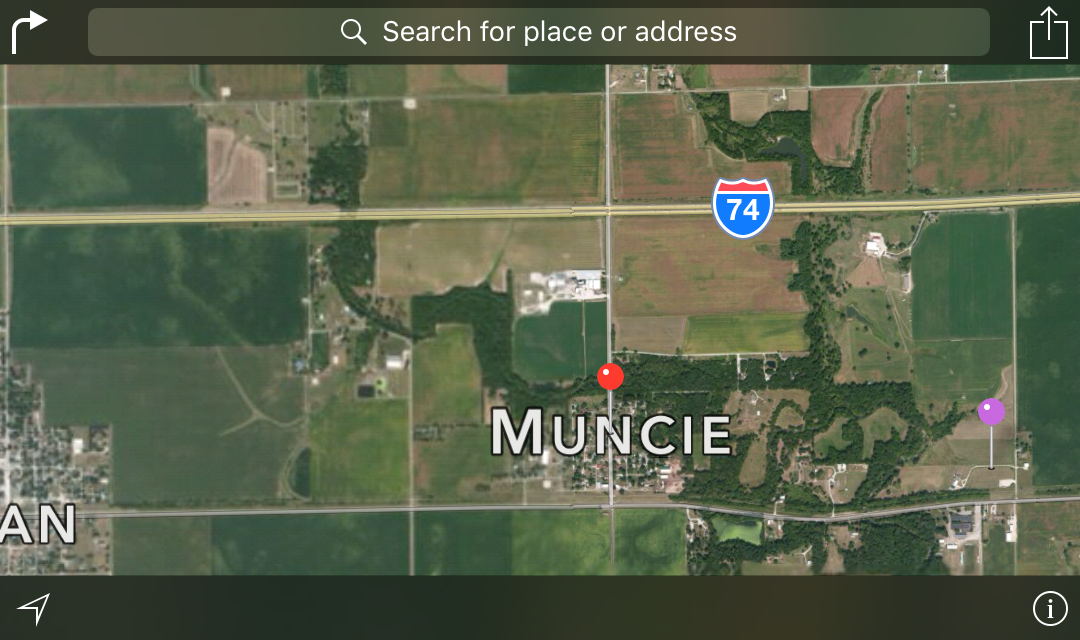 A trip down memory lane – Champaign, Muncie, and Home

Driving from Champaign to home past Muncie I decided to click some pictures. The road before Muncie is flat with fields – apparently a new hog farm (huge) is being discussed for the area North of Muncie.  Parks Livestock and another group are planning some hog farms. At the turn of the century Muncie was a mining town.  The mining dirt piles are all covered now, but the area is on the east side of town.

The second picture shows a couple places I thought the train station may have sat, and then the main road in Muncie. Population 200 by the sign but 155 at the 2000 census…. According to the 2010 census, Muncie has a total area of 0.18 square miles.  Interestingly enough I remember the High School on the east side of Muncie has the address of Fithian Illinois – so is Muncie surrounded by Fithian?

Oakwood High School looks different from when I was a student but a lot more similar to when I was there than when my dad was there. During the years my father was a student the high school burnt and only the gym was left. (According to my aunt the high school exploded?) The high school I went to was built around the gym my father attended.  The drive that came in to the front door and went off in each direction is no longer there.  The drive now goes across the front and includes a parking lot, but the drive from the road is gone.  Seeing the new drive did make me question my memory a little. Even the name has changed a little.  The school was Oakwood Township High School, but has now dropped the Township.

As I moved toward home and turned onto our road I passed the location my father went to grade school – one room school house at the time, and the house he grew up in. Finally I passed the location of my great grandparents house! Where the orange flowers grow.  Those flowers caused my allergies to act up every year!

The one room school house was turned into a residence many years ago and burnt one night.  It was named Lakeshore school for the area that the school was built in. A new house stands on it’s spot.  My grandfather’s house still stands in the same spot with a new family living in the house.